If you, for any reason, are looking for information on how to increase estrogen levels with supplements, we warmly welcome you to this discussion.

We surmise that you are a woman of a certain age or physical condition. It is possible that you have been sporadically experiencing hot flashes, irritability, and irregular or absent menstrual periods lately.

Or perhaps, you’ve been noticing that your skin is getting drier and looser, your stamina and vitality is diminishing, and you are getting more prone to ailments such as UTI and migraine. All of which are classic symptoms of falling estrogen level.

Although waning estrogen production typically happens to menopausal women and those who had a hysterectomy, it could likewise afflict younger ladies with medical conditions. Among the most common causes are premature ovarian failures, hypoactive pituitary glands, anemia, eating disorders, and lingering kidney disorders.

Over-exercising can also cause estrogen level to drop for both male and female, albeit it is usually advantageous to the masculine gender.

Why do you need to have a normal estrogen level?

The said hormone is not only chiefly responsible for the normal development of the female body, it likewise functions in many different ways to maintain a person’s total well-being.

Its role actually goes beyond the area of the reproductive system as it is also a key participant in keeping your bones, skin, and various internal organs healthy and running.

There are actually several cell receptors in our organic structure that can only be bound and activated by estrogen or other closely similar particles.

​Although it also plays a vital part in a man’s anatomy such as in the area of sperm production and maturation, it apparently has more uses in a woman’s body. It will not be called the “female hormone” for nothing.

​Other than doing a crucial part in ovulation, menstrual cycle, and vaginal lubrication during sex, estrogen is also active in optimizing the body’s proficiency to absorb and retain certain vitamins and minerals. Calcium and Vitamin D, which are essential to maintaining bone strength and density, are among those.

​As a woman approaches the pre-menopausal phase of her life or when her uterus or part of it was removed for some reason, her body’s ability to produce female hormones sharply declines. In effect, she became more susceptible to the weakening of the bones or even osteoporosis, elevated cholesterol level, and other physical deteriorations that are direct results of low estrogen.

​Outwardly, her skin starts to age fast as it no longer gets as much collagen, her teeth may start getting loose, and her breasts sag immensely.

​Estrogen supplementation from food and pills, or even a comprehensive hormone replacement therapy as needed, will be of great help to a woman in this stage of her life. And that is not only in the aesthetic aspect but also in her overall physical, mental, and emotional wellness.

​Tips on How to Increase Estrogen Levels with Supplements:

1. The first thing that you should do is consult a physician and have your estrogen level tested. Don’t just rely on what you have been feeling, or worst, what you just read to influence your decision in starting a hormone therapy program.

​In fact, it is more advisable that you get a complete physical checkup and not just an FSH (follicle-stimulating hormone) test as your estrogen count constantly fluctuates during the day.

2. Taking the right kind of supplement as well as the timing is of utmost importance. Unless you previously had a hysterectomy or a procedure wherein a part or the whole of your uterus was surgically removed, you need to take a supplement that can balance your estrogen level with your progesterone.

​Otherwise, you will be exposing yourself to the risk of endometrial cancer. As for the timing, you should start hormone replacement therapy once you are on the threshold of becoming menopause or when your estrogen level has sharply dropped prematurely. Taking supplement several years after the advent of menopause will only lead to little to no benefits at all.

3. Start by supplementing your diet with plant and herb foods that are rich in phytoestrogens. Eat more cruciferous vegetables such as kale, cauliflower, and broccoli, and legumes such as peas, lima beans, and of course, soybeans and soy by-products (miso, tempeh, soymilk, etc.).

Fresh fruits and berries such as cranberries, pomegranates, apricots, and prunes are not only great sources of dietary fiber but also of phytoestrogens. Flaxseeds is another food that you should add to your regular diet, not only for the said purpose but because it is also rich in omega3 fatty acids.

4. Since it will take an enormous amount of the aforementioned foodstuffs to cause your estrogen level to significantly rise, you should try herbal capsules with concentrated herbal ingredients that can replace or stimulate hormone production. Here are some of the most widely tested and deemed effective herbal ingredients that you can find in capsule forms:

Also called Monk’s Pepper, it was found to be effective in stimulating natural estrogen production as well as maintaining its balance with progesterone. Among its known benefits to women includes regulating the menstrual cycle and relieving PMS discomforts, helping increase fertility and lactation, and keeping the endocrine and reproductive system healthy.

It likewise aids in managing symptoms of menopause such as migraines, bloating, fatigue, hot flashes, and mood swing.

Chaste tree berry is also available as an herbal tea, which is deemed safe even for pregnant women. It is just a bit peppery, hence its moniker, so it is best enjoyed with a little honey and mint or citrus.

This tuber is indigenous to the Andean plateaus and is considered one of the best herbal supplements for hormonal deficiency, as it stimulates not only the production of estrogen but also progesterone and testosterone. It was also found out to increase blood flow to the reproductive organs of both male and female so it is now widely used as a libido and fertility enhancer.

Besides being available in capsule, maca root supplement can also be purchased in powder form, which can be used for making herbal tea or as a component for making power shakes and slushes. Among its other known benefits for women include relieving menopause and PMS pangs such as irritability, cramps, fatigue, headache, anxiety, and depression.

This herbaceous flowering plant is now widely grown around the world not only for its medicinal properties but also for its aesthetic value. This is one of the most commonly prescribed hormone stimulants by doctors as it doesn’t cause any side effects. However, since it is quite mild, it is usually taken in combination with other supplements.

Red clover is rich in isoflavones, which helps reduce the symptoms of estrogen deficiency such as night sweats, hot flashes, bone density loss, weight gain, and mood swings. It is also used in the prevention of cancer, diabetes, and hypertension, as well as in providing relief for a cough and other respiratory distresses. It is available in capsule form and as an herbal tea. 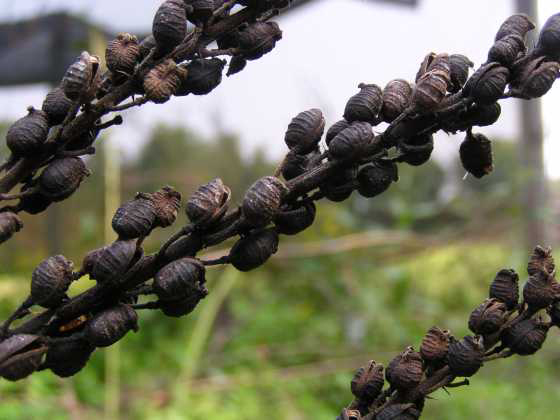 ​The root extract of this North American plant is widely used to manage menopausal symptoms as well as in relieving PMS discomforts. In fact, it became the most popular remedy for various female health issues in Europe in the mid-20th century.

​It includes painful and irregular menstruation, acne, bone density loss, mood swing, and depression. It was also commonly given as a pain reducer to women on the onset of birthing labor.

​Black cohosh is also known to have an analgesic effect and is deemed to relieve pain and reduce inflammation in the body. However, some experts do not consider its chemical composition as an estrogen replacement. Instead, they describe this substance to have similar effects with the primary female hormone.

5. Always pay attention and follow indications in the pill bottle. Since supplement capsules tend to contain highly concentrated ingredients, it’s most wise to take them with caution. There is always the possibility that you may feel some side effects at first such as mild stomach distress or a headache.

​Take note also of the contraindications especially if you have pre-existing medical conditions, currently taking other medications, or have other physical circumstances such as pregnancy or lactation. It is better to be safe than sorry.

​6. Do not abuse or misuse any of these supplements. Even herbal components can reach a certain level of toxicity if taken in a copious amount that is way above the recommended dosage. There is absolutely no justifiable reason to overstress your liver.

7. ​Drop unhealthy vices such as smoking and alcohol. Besides interfering with the desired effects of the supplements, they also mess up with the normal functions of your endocrine, digestive and reproductive system.

​It is not wise for a woman to ignore the early signs of diminishing estrogen level. There are several ways to mitigate and decelerate its symptoms and effects at your disposal. Of course, it may come at a cost but it is your health and look that is aton stake here. Sometimes, you cannot just let time takes its toll on you. Tweak your lifestyle if you must. Seek professional help if you can. Treat your body with the right basic and supplemental nutrition and you won’t be sorry.

Frog Jump Exercise: A Complete Guide To Ripping Your Lower Half
Top 8 Strongest Pre-Workout Supplements For High Energy 2020
How Much Does a Barbell Weigh?
3 Great Tips on How to Get Bigger Hands
The 5 Supplements For Beginners Of Workout And Bodybuilding
The Best Caffeine-Free Pre-workout Supplement
What Are Fitness Blender Upper Body Workouts? (It’s Pretty Easy!)
The 6 Best Way To Take Pre-Workout In The Market
5 Best Pump Supplements 2020 That Can Yield Muscle-Ripping Results!
The Best Way to Get Abs: 4 Golden Rules to Follow
5 Best Pre-Workout for Pump To Maximize Bodybuilding Results 2020
Make Your Abs Pop: 5 Principles to Live By in Getting Ripped
10 Superb Squats You Should Do (#2 is great for your abs too)
How to Get Rid of Stomach Overhang the Natural Way
4 Quick & Easy Vegetarian Recipes for Bodybuilders